Be prepared for ‘one of the largest driver distractions in years’ The last time a total solar eclipse crossed the US coast to coast, there were only 6.2 million registered motor vehicles in the entire country, according to the Federal Highway Administration (FHWA). Automobiles were still a relatively new fad in 1918, so when the Sun, Earth, and Moon found themselves in alignment that year, the chances of dying in an eclipse-related auto accident was statistically pretty low.

That’s not so for this year’s total solar eclipse, which is set to occur on August 21st. This may explain why federal transportation officials are so alarmed: there were 263.6 million registered vehicles in the US in 2015, and probably a few million more today. More drivers during an eclipse means more chances for distraction, which means more fender benders, or worse. In 2016, traffic fatalities in the US increased 6 percent from the previous year, to 40,200. The two-year increase — 14 percent from 2014 to 2016 — was the largest in more than half a century.

It’s summer, so the interstate system is already going to be choked with traffic. And when you toss a once-in-a-century event like a total solar eclipse into the mix, it’s a recipe for disaster. Over 200 million people live within a day’s drive of the eclipse’s path, which means an untold number of eager eclipse-chasers will be hitting the roads in anticipation for this rare occurrence. The FHWA is already calling it “one of the largest driver distractions in years.”

“We encourage travelers, we want to be excited about this, but be prepared,” said Martin Knopp, associate administrator for operations at FHWA, in a recent press briefing. “It’s not a time to just show up and at the spur of the moment drive for a few minutes with your head out the window looking up at the sky. It’s not time to pull over and be on the side of the road.”

Here are some helpful tips to avoid becoming a depressing statistic during one of the most anticipated cosmic events in decades. 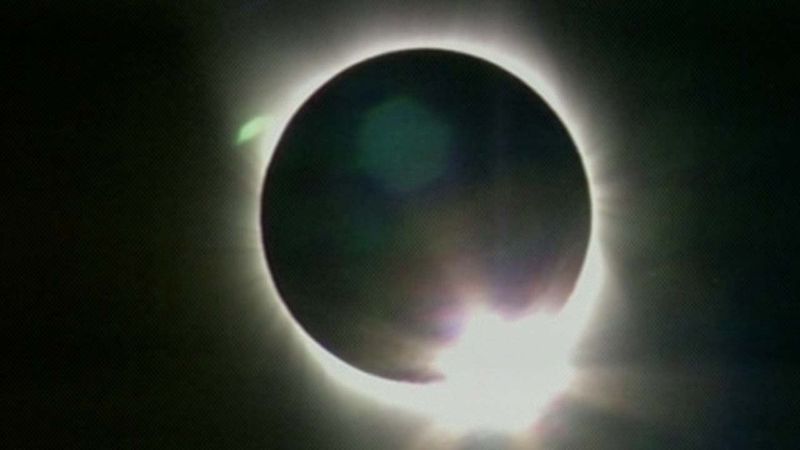 DON’T LOOK AT THE ECLIPSE WHILE DRIVING

There are more ways to drive distracted than ever, from in-car Wi-Fi to Snapchat to Pokémon Go (which has already claimed one driver’s life). So apologies if this sounds repetitive, but really don’t do it. Plan ahead. If you really want to view the eclipse (remember: solar filter glasses), do it from somewhere that’s not your driver’s seat.

DON’T PULL OVER ON THE SIDE OF THE HIGHWAY EITHER

Obvious? Sure. But the path of totality will cross more than 20 interstates, and the eclipse is expected to last less than three minutes, which means the temptation to just pull over quick and take a peak will be overwhelming. But don’t do it. If you’re standing on the side of an interstate staring up at the sky, you won’t see that 18-wheeler bearing down on you until it’s too late.

THERE WILL BE MANY, MANY PEDESTRIANS OUT — DON’T KILL THEM

Motorists will be forgiven for thinking they’ve stumbled onto the set of The Walking Dead, given the hordes of pedestrians that will be out, staring zombie-like at the sky and not paying attention to their surroundings. You, the driver, will be operating a two-ton vehicle in their midst. Be mindful.

TURN ON YOUR HEADLIGHTS

During a total solar eclipse, the Moon is literally blocking the Sun, turning day into night. So some extra visibility is probably in order: don’t rely on your vehicle’s automatic lights, position your sun visor to block your view of the Sun, and don’t wear eclipse-appropriate eyewear while driving. (Mostly because you’ll look stupid doing it, but also because you literally can’t see anything with them except the Sun.)

WATCH OUT FOR CONSTRUCTION

August is peak highway construction season. And while that doesn’t necessarily translate to more construction workers, it does mean more orange barrels, cones, and message signs, posing a potential risk for distracted drivers. The FHWA has a good resource for locating major construction and road closures in your area. 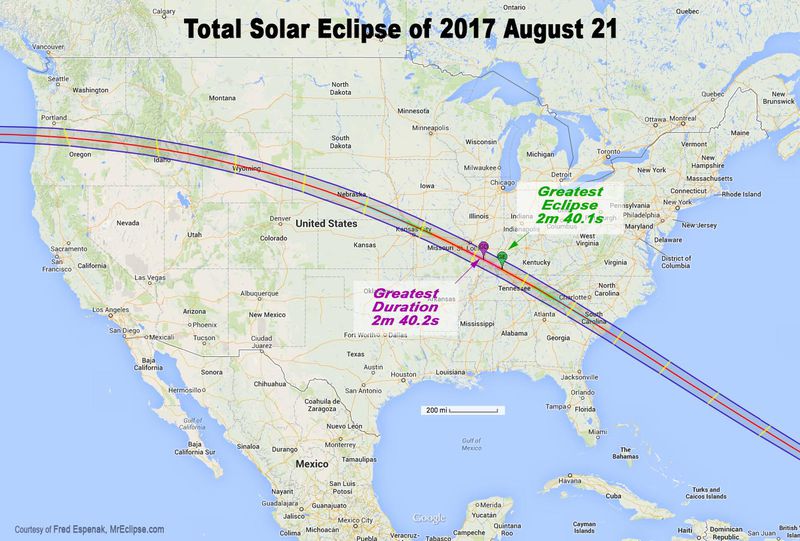 Honestly, the best thing you can do during the eclipse is avoid the road altogether. It’s going to be a mess out there, so if you want to get to a good viewing spot, do it early. If you live in the path of totality and don’t have to be on the road during the eclipse, put the keys down and chill out. Trucking companies and shippers are already adjusting their freight schedules to avoid the influx of traffic that’s bound to snarl the highways. Departments of transportation from states that are in the eclipse’s path are advising people to stay off the road. This is good advice. Ride a bike. Walk. Use public transportation.

“Don’t let this solar phenomenon eclipse good judgment,” FHWA’s Knopp quipped. Not exactly an LOL moment, but it’s worth noting considering how frequently our judgment is eclipsed when we drive under normal, non-cosmic circumstances.