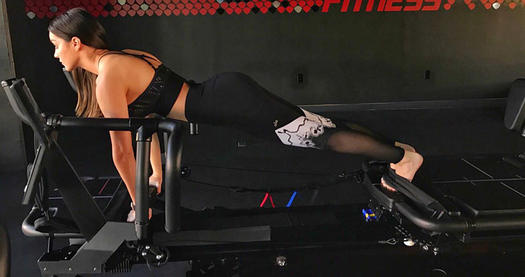 In case you haven’t heard of the legendary Megaformer, it’s part of the Lagree Fitness Method, a patented one-of-a-kind workout with meticulously slowly performed exercises done on either Lagree’s Supra or Megaformer machines. (They look a little like medieval torture devices, but they burn-oh-so-good. You may have tried out a Pilates Reformer class, which is kind of similar.)

This all-encompassing workout qualifies as HIIT, cardio, strength, endurance, and flexibility training—all while being low-impact for your spine and joints.

“By holding exercises and positions for 90 to 120 seconds before transitioning, we’re increasing your heart rate to give you cardio and also stimulating your slow-twitch muscle fibers, which are responsible for creating long, lean, toned muscles,” says Sebastien Lagree, creator of the Lagree Fitness Method and the Megaformer and Supra machines, and owner of Lagree Fitness Studio in L.A.

If you’re used to banging out burpees as fast as humanly possible, know that this is essentially the opposite. The Lagree Fitness Method isn’t based on the number of reps, but on the amount of time you’re contracting your muscles in a position. Therefore, all movements should be performed on a “four-count in” and “four-count out” timing. Ready to try the Supra IRL?

How it works: Try each of these Supra moves below—all you need is a towel and a chair. For some added resistance during certain moves, you can use ankle weights and a resistance band. You’ll do each move for a 4-count in, and a 4-count out for a total of 2 minutes.

Total Time: up to 15 minutes

You will need: Chair, Towel 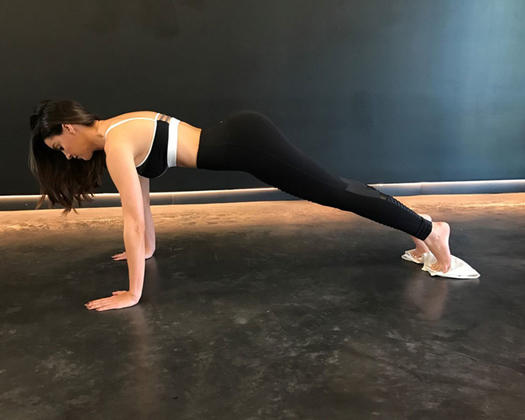 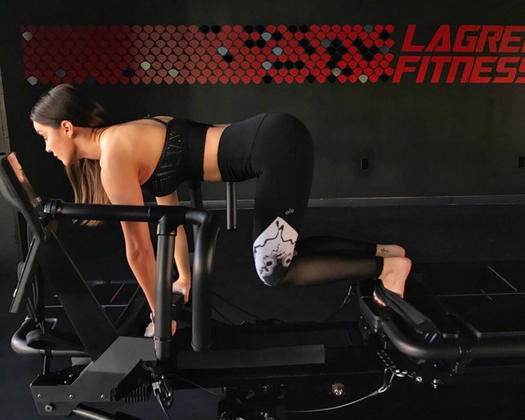 A. On a solid, bare floor (e.g., tile or hardwood) start in a high plank position with shoulders over wrists and feet on a towel. Pull the knees into your chest without arching hips, keeping back as flat as possible. Continue this movement with a slow 4-count in and 4-count out for 2 minutes without pausing.

B. To mimic the resistance and pull of the Supra machine, add a pair of 2.5-pound ankle weights. 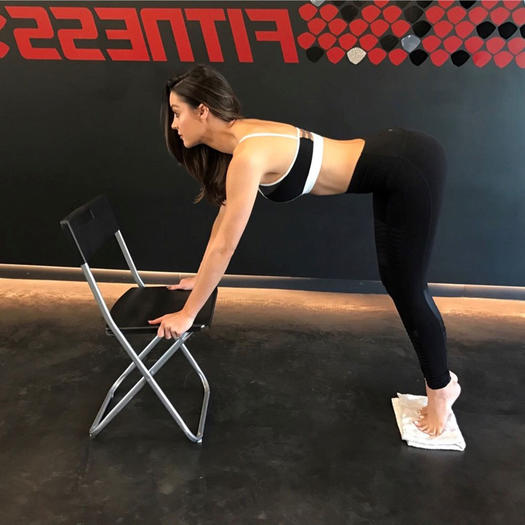 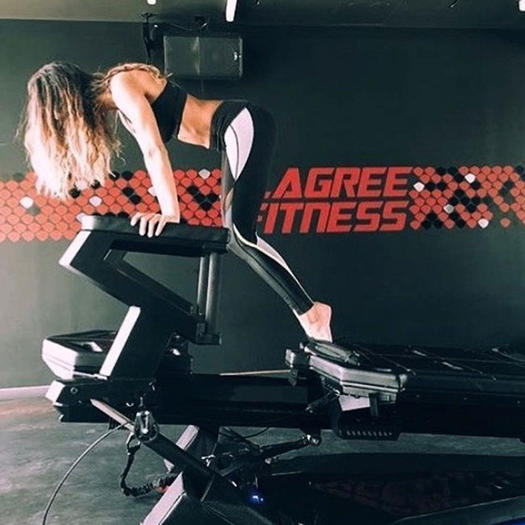 A. Start by selecting a sturdy piece of furniture, and a smooth floor surface (e.g., tile or hardwood). Facing the chair, place hands on the sides of the seat with straight arms. With a 90-degree angle between your hips and the floor, place your feet on a towel, balancing on the balls of feet with a slight bend in the knees. Pull your knees in toward elbows on a 4-count-in. Then, staying on the balls of feet, sliding your feet out on a 4-count to return to start.

B. To mimic the Supra’s different incline levels, use a set of stairs to place your hands and different heights, keeping feet on a towel on the ground. 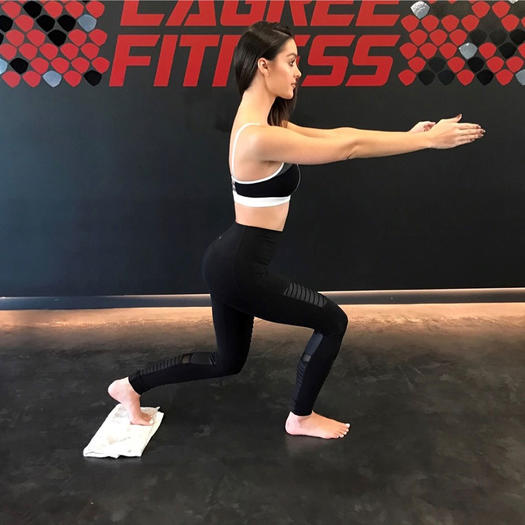 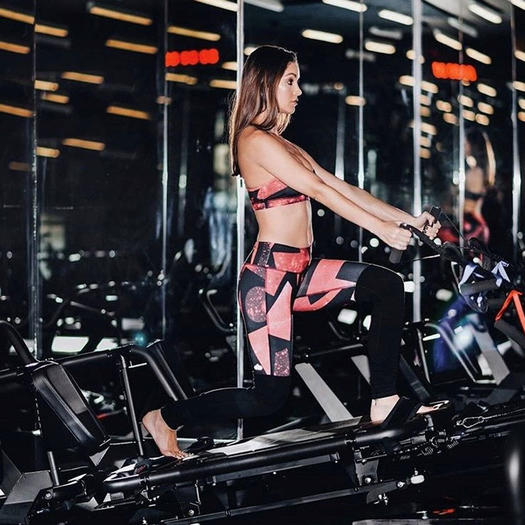 A. On a smooth surface, start in a lunge position with the right leg in front and left leg behind, foot on a towel. Squat down and hold this position with the front leg, making sure the knee does not go forward beyond the toes. Slide the left foot back until the leg is almost straight (but not locked), then slide the left foot back in until the left knee is directly below the left hip. Keep this movement going on a 4-count-in, 4-count-out basis. Do one 2-minute set, then repeat on the opposite side.

B. To mimic pulling the weight of the Supra carriage, add 2.5-pound ankle weights and slip a resistance band around your legs. Place the band right below the front knee, and above the back of your rear knee. 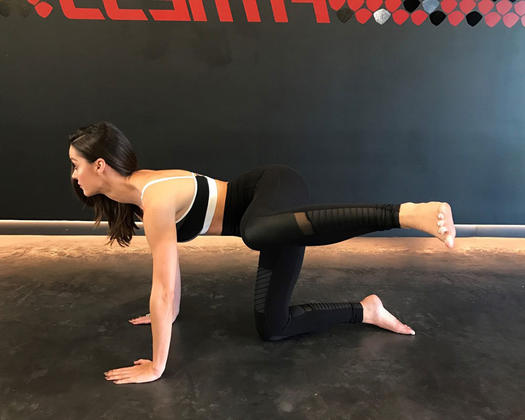 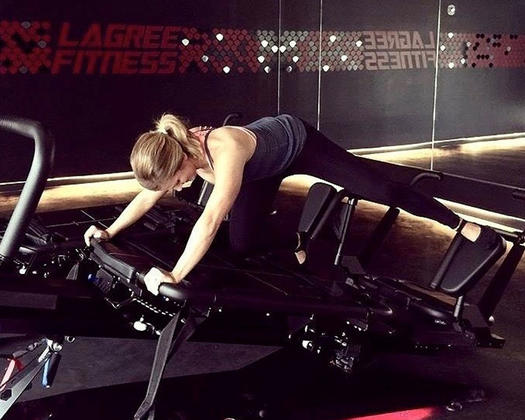 A. Start in tabletop position on all fours with knees directly under hips and hands under shoulders, keeping the spine straight. Keeping a 90-degree angle between your hips and the floor, lift one knee off the ground and out to the side, then kick straight back, keeping the kicking leg parallel with the spine, the foot flexed, and the toes pointed out. Perform the kick out and kick in on a 4-count each. Do one 2-minute set, then repeat on the opposite side.

B. To mimic the resistance of the Supra, use two ankle weights on one leg. 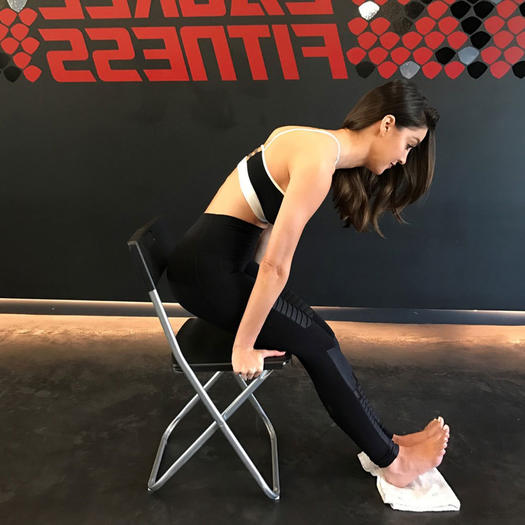 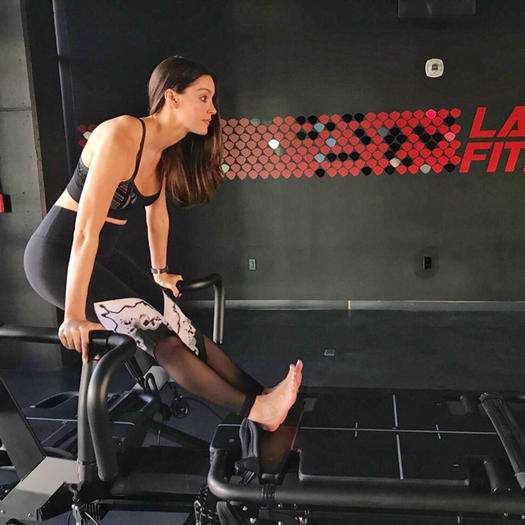 A. Start sitting in a chair on a smooth surface, heels on a towel. Grip hands around the seat and lift off the chair, butt elevated and spine straight. Keeping arms straight, lean forward so torso and legs form a 90-degree. In a slow, controlled movement for 4 counts, flex feet and pull the hips up toward the ceiling. On the 4-count-out, push the hips down and feet forward.

B. For an added challenge, add a triceps dip in between reps.